As you might already know, there is a hidden threat to all the electronics humans have come to rely upon, that could wipe them out instantly and nearly entirely in huge areas at a time, and that threat is called an Electromagnetic Pulse.

They happen all the time, but generally not in huge areas, although they can, and you should understand what they are and be prepared.

What is an Electromagnetic Pulse (EMP)?

EMP’s can be damaging to electronic equipment, and at high energy levels a powerful EMP event can be very damaging to physical objects like vehicles or buildings.

An EMP does not hurt animals or plants, but an EMP can cause large-scale electronic systems failures by interacting with power lines, metal, conductive materials and electronics then cause power spikes which can damage and destroy equipment. 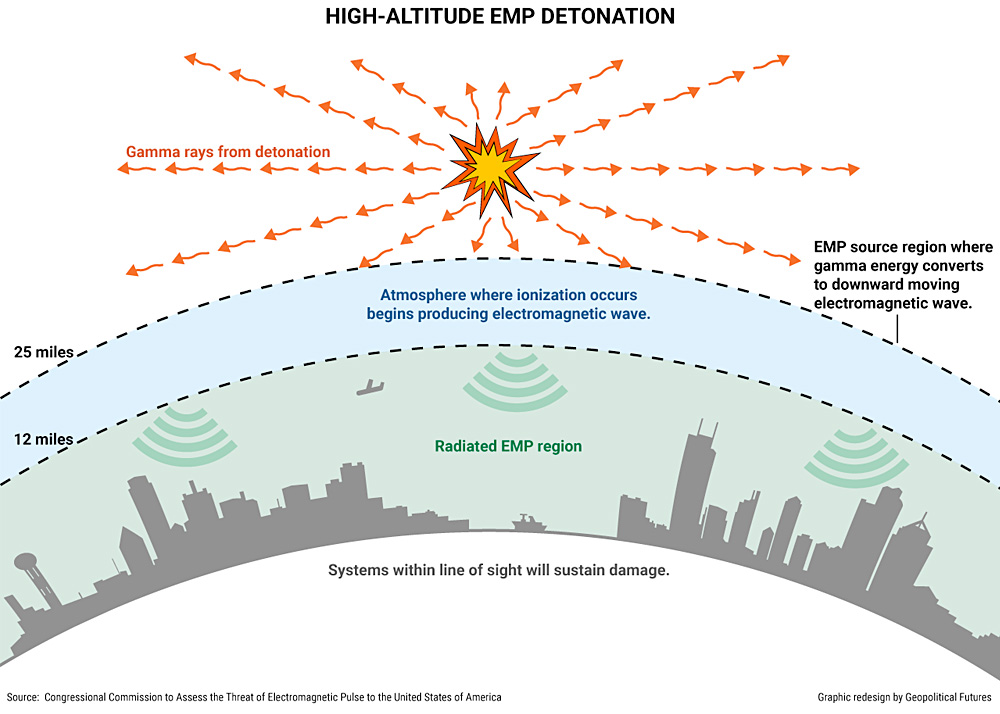 The two most likely causes of EMP threats are a from a large solar flare, lightning strike or a nuclear explosion in orbit.

Of those two, the event most likely to cause widespread damage would be the nuclear explosion, as the astronomical gamma ray burst events that could produce a large enough E1 component are incredibly rare.

The E1 component is the part of a nuclear EMP that can destroy smaller electrical items that are not connected to extremely long power transmission lines.

There are three components of a nuclear EMP, as defined by the International Electrotechnical Commission: E1, E2, E3.

If a nuclear bomb were to explode in the upper atmosphere, one of the byproducts of the blast is a very powerful E1 electromagnetic pulse covering millions of square miles. This pulse induces an electrical charge in any material which conducts electricity, and if the pulse is strong enough, attached electronic components can be damaged. 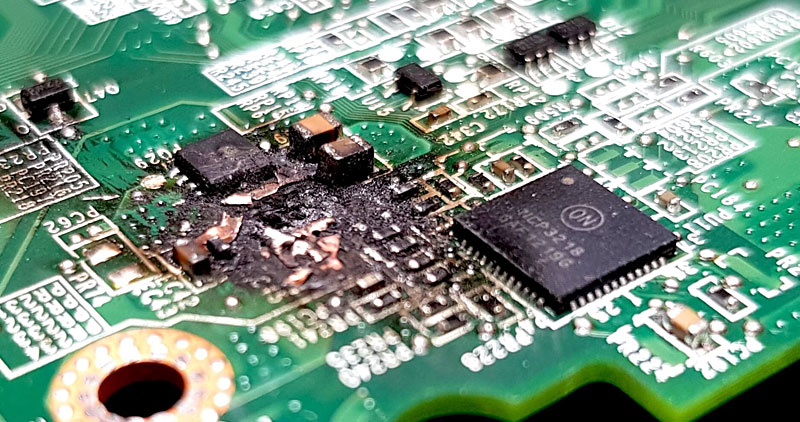 Depending on the power, size, or location of the explosion or solar flare, an EMP could damage nearly any electronic technology not shielded (or “hardened”) against it such as:

Really, anything electronic is vulnerable.

Let’s look specifically at an EMP’s effect on cars, since we depend on them so much for our daily lives.

I should warn you up front, it’s extremely difficult to determine what kind of an impact any given EMP event would have on a particular vehicle or class of vehicles. This is because there a millions of variables which could impact the outcome, such as:

It even depends on whether or not the car is on, is moving, or is parked in a garage. If it is in a garage, what material is it made of (metal is best because it is conductive) and how much electrical wiring is inside which would act as am “EMP antenna”.

There have been some tests on vehicles over the years but the results are inconclusive, and it could be fair to say that modern vehicles are more susceptible to EMP due to the 100’s of microprocessors now built into them, however they are also getting more shielding against electromagnetic interference as well (cant have your cell phone ringing turn off an airbag circuit for example) so does that even out the risk? 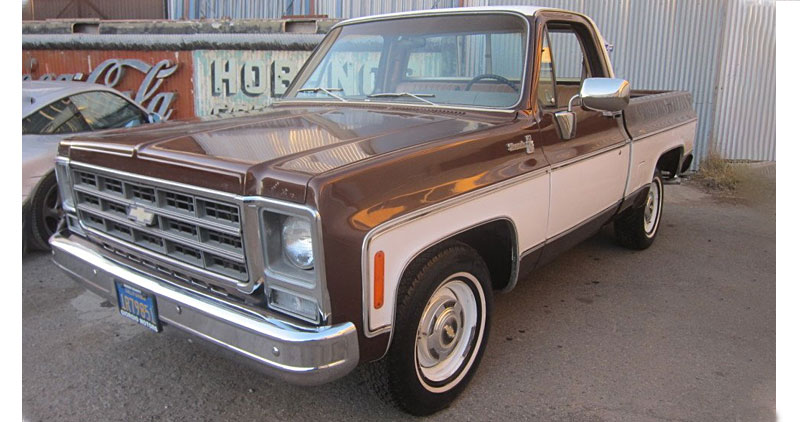 It’s a commonly held belief that vehicles made before the 1960’s are safer against EMP attacks, as they had little if any electronic circuitry within them, and for the most part this is true.

However the Soviets did EMP tests in 1962 which fried rugged diesel generators having no solid state parts when hit by the E1. You can read all about it at Future Science.

If you have the bucks you can spring for a Rezvani Tank, which is marketed as being EMP proof (more on that later.)

I don’t know anything about these trucks, and I’m pretty sure they aren’t going to be sending me one to test out anytime soon, but man they sure look cool as heck so I’m posting a photo of it again here. 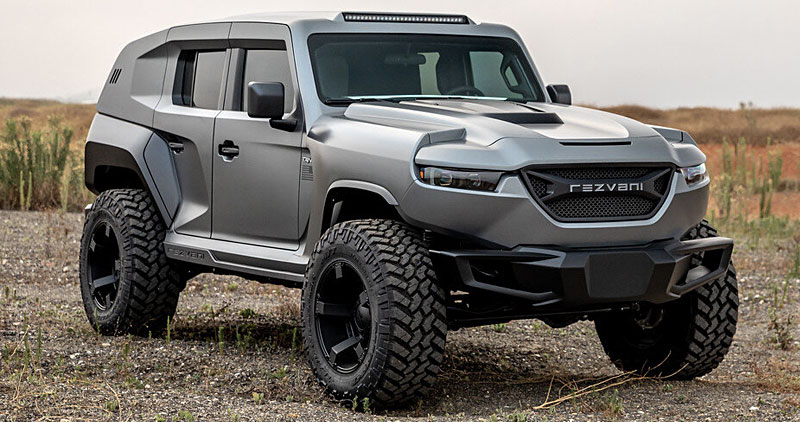 OK back to reality, what can the average person do? Good news, you don’t need to by a Rezvani to get the same EMP protection for your vehicle.

How to EMP-Proof Your Car

For $389 you can add an EMP Shield to your vehicle.

The EMP Shield works by shunting (shorting) the over voltage, which is drained away from the equipment before the voltage can rise high enough to damage any equipment. 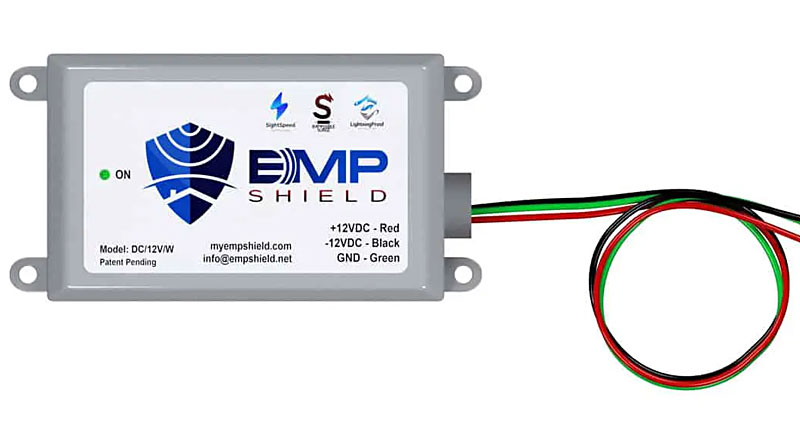 EMP Shield is the World’s first EMP protection technology for an entire home and vehicle tested to military and UL 1449 standards from ETL.

Built to exceed military standards (MIL-STD-188-125-1, MIL-STD-464C, and MIL-STD-461G), The EMP Shield is one of the World’s fastest whole home surge protectors operating in less than 1 billionth of a second. Our devices have been military tested and proven to defend against the E1, E2, and E3 phases of an electromagnetic pulse.

All EMP Shield technologies have been tested at Keystone Compliance, in accordance with all military standards.

It’s super easy to install, only 3 wires: one to each terminal on the vehicles battery and one to  ground on the chassis. Would take most folks probably 20 minutes to install.